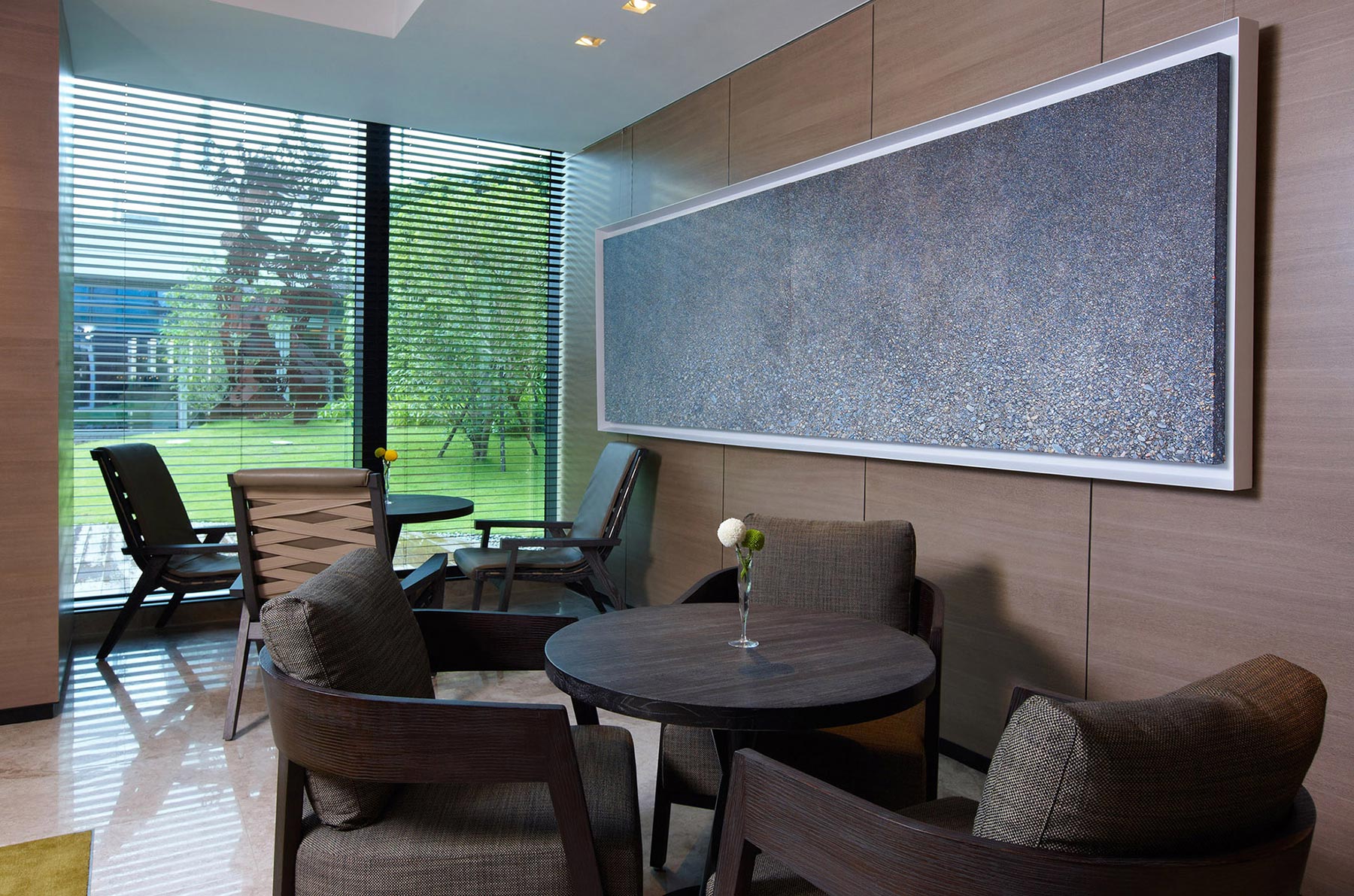 Chou Chu-wang has a flair for producing works with a high degree of realism and has become widely known for a pointillist style blending exquisite realism with quirky recollections. The long-term resident of southern Taiwan dexterously captures changes in light and shadow as he turns his own personal feelings into a sort of visual memory whose technique approaches the realism of a photograph, warmly and sincerely rendering the scenes within those visual memories in a fashion the cuts straight to the heart.

The scene(s) depicted in “Dust and Sand” are familiar ones from the artist's youth in which he recreates the differing colors of the grains of sand so that the composition of each granule can be discerned, indicating not only the artist's meticulous observations of the land but also imbuing a sense of man's deep attachment to the land.